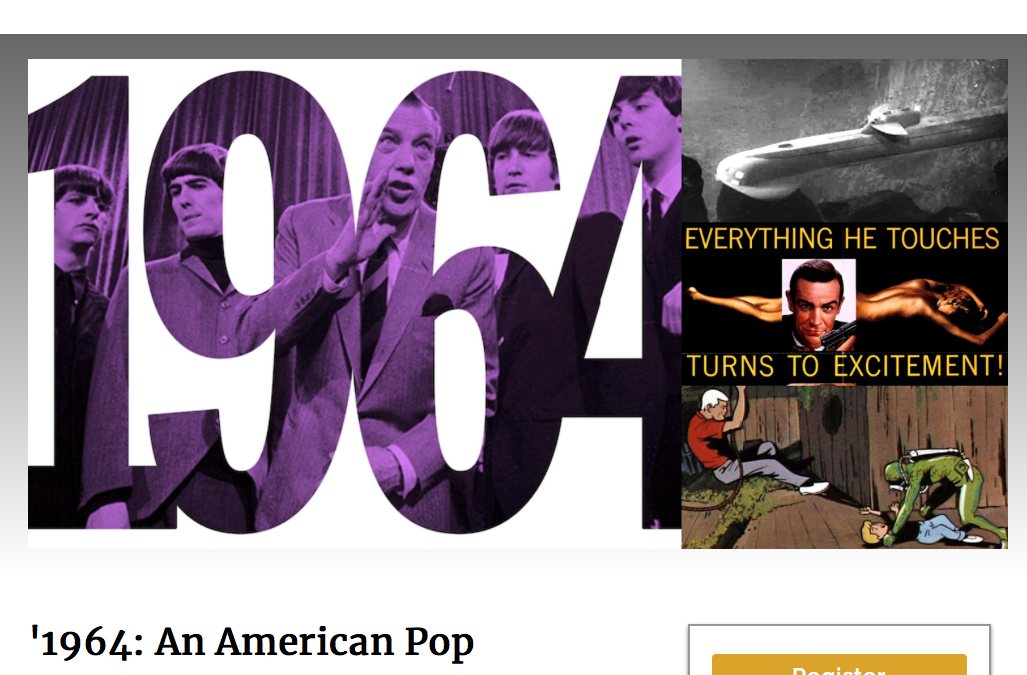 While the 20th century is packed with culturally defining moments in American entertainment history, no year was more transformative than 1964!

In a single year, American popular culture changed forever with musical moments like The Beatles’ debut on American television and Bob Dylan’s declarative “The Times They Are a-Changin'”; theatrical debuts like Fiddler on the Roof and Funny Girl (featuring Barbara Streisand); and film debuts like Mary Poppins and Goldfinger! And so much more!

So join New York Adventure Club and pop culture historian Arlen Schumer (author/designer, The Silver Age of Comic Book Art) as we go month-by-month through the year (Part 2 covers July-December, while last week’s Part 1 covered January-June), presenting a plethora of classic still images and vintage film clips, to uncover the artistic moments and stories that shaped 1964 into one of the greatest years in American pop culture history!

•••CAN’T MAKE IT LIVE? Register and get access to the full replay for one week!•••