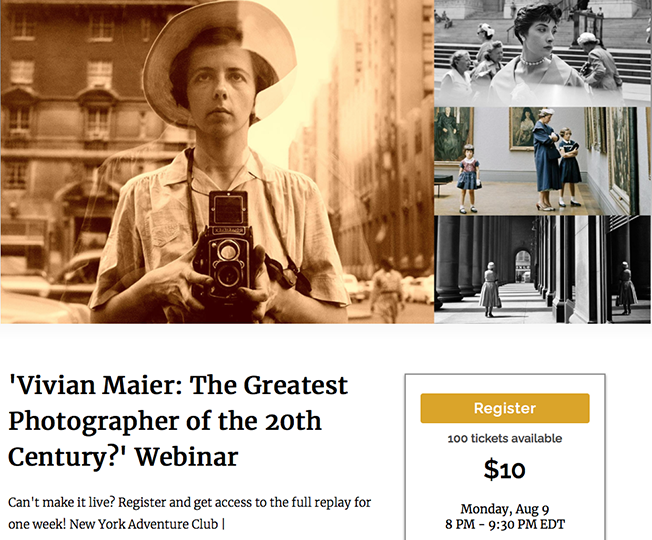 The life, career, and truly unbelievable story of American photographer Vivian Maier (1926-2009) gives truth to the adage that “truth is stranger than fiction.” After all, how else could one describe how a woman with no formal artistic training took over 100,000 photographs in her lifetime, hardly develop or print any of them, and die unknown and unmourned?

And then in the quirkiest of fates, have her works accidentally discovered posthumously, which would go on to receive global acclaim and fame? This is the incredible personal and professional story of Vivian Maier, arguably the greatest photographer of the 20th century.

Join New York Adventure Club as we explore the life and career of Maier, and how her esteemed body of photographic works measures up to some of the greatest photographers of the 20th Century, like Robert Frank (“The Americans”), WeeGee (a.k.a. Arthur Fellig), and Diane Arbus.