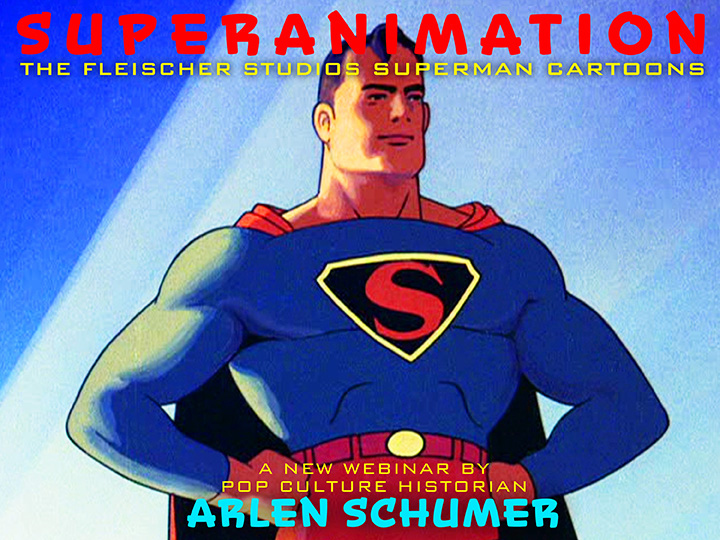 The 17 Superman cartoons produced between 1941-3 by the Fleischer Studios (of Popeye, Betty Boop and Gulliver’s Travels fame) are considered by animation historians to be the greatest realistically animated films ever made, and the greatest iteration of the Superman comic book character in any medium.

These Superman cartoons had the same smooth-flowing, higher-quality look and feel of the great Disney cartoons, due to the Fleischers’ innovating the rotoscoping technique of animating over live action film. You could feel Superman straining to exercise his super-strength, struggling against bigger opponents, be they man, machine or (giant) animal; you could feel his physical effort as he literally leapt “tall buildings in a single bound”!

So join comic book and pop culture historian Arlen Schumer (author/designer, The Silver Age of Comic Book Art) as he presents a multimedia webinar of the 17 Superman cartoons’ “Greatest Hits”—along with their behind-the-scenes production art, advertising and promotional materials!