The Silver Age of Comics (circa 1956-70) not only birthed a new generation of superheroes, but for the first time in comic book history, black superheroes!

The decade of the 1960s was one of the most turbulent in American—and world—history, sparking revolutions of all kinds in the political, socio-economic, cultural and artistic spheres. The field of comic books went through perhaps its most vibrant era of change and rebirth, as industry giant DC Comics rebooted its old superheroes from The Golden Age of the 1940s into new, sleeker, streamlined versions that, in turn spawned the “counter-revolution” of upstart Marvel Comics and their super anti-heroes.

But those superheroes were all white men (and some women). Until the white artist/storyteller behind the newfound success of Marvel, Jack Kirby, decided to create the first black superhero, The Black Panther, in 1965 (but published in the spring of ’66—six months before The Black Panther party was even formed!). But Kirby’s Panther was not an African-American, but an African Prince (of Kirby’s fictional nation of Wakanda).

Even Marvel’s next black superhero, The Falcon (created in 1969 by the white artist Gene Colan), though indeed an African-American, was an expatriate living in Haiti. It wasn’t until the tail end of The Silver Age, in 1971, that an African-American from “the streets” became a superhero, when white artist Neal Adams came up with the first black Green Lantern, John Stewart (an out-of-work architect).

After World War II ended, Captain America, like all the superheroes of the era, fell out of favor with the comic book audience, who turned to other genres like humor, western, crime and, into the 1950s, horror and science fiction. But Captain America co-creator Jack Kirby, who had a career renaissance in the 1960s with Marvel, spearheading its new superhero line, brought him out from “retirement” in 1964 and into new life as the unquestioned “captain” of the Marvel Universe. Kirby’s version of Captain America in The Sixties is considered the definitive run of the character in its history.

Except for one other, at the tail end of the decade, by Kirby’s greatest influencee, the writer and artist Jim Steranko. His meteoric rise at Marvel, beginning in 1967 on Kirby’s James Bond-like character, Nick Fury, Agent of S.H.I.E.L.D., labeled Steranko the Jimi Hendrix of Comics for his equivalent experimentation and psychedelic artwork. In 1969, Steranko set his sights on paying homage to his hero Kirby’s Captain America, creating a three-issue story arc that many comic book historians consider the single high water mark of the character’s entire history.

So come join New York Adventure Club and comic book art historian Arlen Schumer (author/designer, The Silver Age of Comic Book Art) as he presents an overview of both creators’ masterful takes on Captain America—you’ll see comic book panels, pages and covers in a way that will make you see them as if for the first time!

The 17 Superman cartoons produced between 1941-3 by the Fleischer Studios (of Popeye, Betty Boop and Gulliver’s Travels fame) are considered by animation historians to be the greatest realistically-animated films ever made, and the greatest iteration of the Superman comic book character in any medium.

These Superman cartoons had the same smooth-flowing, higher-quality look and feel of the great Disney cartoons, due to the Fleischers’ innovating the rotoscoping technique of animating over live action film. You could feel Superman straining to exercise his super-strength, struggling against bigger opponents, be they man, machine or (giant) animal; you could feel his physical effort as he literally leapt “tall buildings in a single bound.”

So whether you’re a longtime Superman fan who’s seen these magnificent animated gems before, or a Super-“newbie” who hasn’t, come join New York Adventure Club and pop culture historian Arlen Schumer (author/designer, The Silver Age of Comic Book Art) as he presents a multimedia overview of the 17 Superman cartoons’ “Greatest Hits”—along with their behind-the-scenes production art, advertising and promotional materials!

“The Silver Age of Comics: Rise of the Flawed Superhero” Webinar

Flashback to the early 1940s when the “Golden Age” of comic books was in full swing. Little boys and girls all across America were clamoring for the next edition of their favorite comic book, eager to see how pure-hearted superheroes like Superman or Wonder Woman would defeat those pesky evil villains and save the day. But by the early 1950s, between a post-World War II society and accusations of being linked to violence among adolescents, comic books struggled to capture the hearts and minds they once did.

Enter the “Silver Age” of comic books — the morally-perfect superheroes replaced with more relatable, flawed heroes dealing with unresolved issues from a troubled past. These stories led to a revival of the medium, geared no longer toward young children, but adults. This is the story of an era that produced some of the greatest artists, superheroes, and storytelling in the history of comic books.

Join New York Adventure Club as we explore the Silver Age of comic books, a period between 1956-1970 that introduced hyper-realistic superheroes into real-world settings, blurring the lines between fact and fiction.

Led by award-winning comic book art illustrator and historian Arlen Schumer, author of The Silver Age of Comic Book Art, this pop culture “VisuaLecture” is filled with some of the most stylized images and art in comic book history.

*And if you can’t make the webinar LIVE, buying a ticket allows you to watch a recording of it for up to a week AFTER! 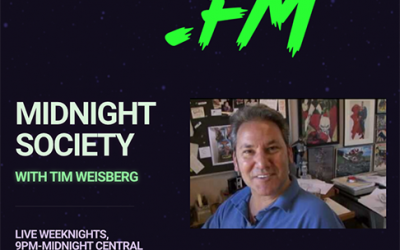 Join me tonight LIVE on Midnight Society with Tim Weisberg!

THE TWILIGHT ZONE: AHEAD OF ITS TIME webinar via NY Adventure Club!

“We can feed the stomach with concentrates. We can supply microfilm for reading, recreation, even movies of a sort. We can pump oxygen in, and waste material out. But there’s one thing we can’t simulate, that’s a very basic need: man’s hunger for companionship. The barrier of loneliness. That’s one thing we haven’t licked yet.”

Those are the concluding words of Rod Serling — creator, head writer, narrator, and host of the legendary TV series The Twilight Zone (CBS, 1959-64) — said in the series’ debut episode where an astronaut-in-training hallucinates that he’s totally alone in a deserted American town.

If those words sound uncomfortably close to the quarantining we’re all experiencing now, it’s because Serling (1924-75) was a true visionary, a prescient prophet of the small screen, whose many Twilight Zone episodes dealt with the universal, timeless themes of isolation, loneliness, and solitude.

Join New York Adventure Club and Twilight Zone scholar Arlen Schumer as we embark on a journey through The Twilight Zone–via image and video excerpts–to see how the greatest television series of the 20th Century sheds a prescient light on the global pandemic of the 21st Century. 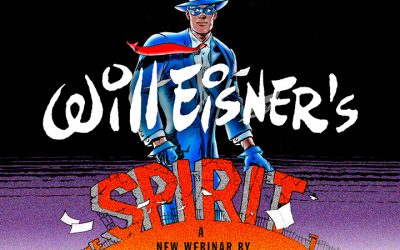 THE 80TH ANNIVERSARY OF WILL EISNER’S THE SPIRIT webinar via New York Adventure Club MONDAY, JUNE 1 @8pm EST:
If D. W. Griffith is considered the Father of Film for the many cinematic camera and narrative techniques he pioneered in his career, then Will Eisner (1917-2005) should be considered the Father of the Comic Book.
In his 7-page comic book stories of the non-super-powered masked crimefighter The Spirit (1940-52), Eisner displayed the equivalent groundbreaking narrative and verbal/visual techniques unique to comic book art that defined comic book storytelling for generations.
Join New York Adventure Club and award-winning comic book-style illustrator and historian Arlen Schumer as we present a retrospective overview and tribute to Eisner’s immortal comic book character, The Spirit, on the eve of its 80th Anniversary.
TIX: nyadventureclub.com
*And if you can’t make the webinar LIVE, buying a ticket allows you to watch a recording of it AFTER! 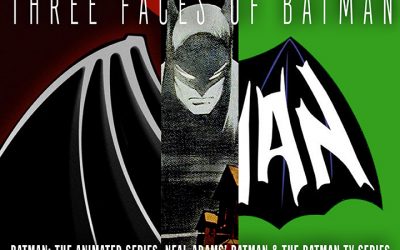 “Batman, the most popular superhero in the world (despite not being ‘super’), debuted in the month of May, 1939 — and since then, there have been so many different, yet equally loved, iterations of the character over its 80+ year history. This is the story of Batman, told through the lens of three different media: comics, animation, and television!

“Led by award-winning comic book-style illustrator and historian Arlen Schumer (arlenschumer.com), this trenchant ‘VisuaLecture’ is filled with arresting images (and pertinent video clips) culled from all those Bat-versions!”

Whether you’ve bought his records, seen him live in concert, or caught a glimpse of him on TV, get ready to see Bruce Springsteen’s GREATEST video hits — in chronological order — including rare ones you might have never seen, culled from over 40 years worth of rare and hard-to-find footage!

Though musician Bruce Springsteen has long been acknowledged as one of the greatest live rock & roll performers in history, his rise to prominence during the pre-video 1970s has made it almost impossible to find film and videos of his greatest live performances.

So join New York Adventure Club and Springsteen historian Arlen Schumer (arlenschumer.com/springsteen/)—art director of the first Springsteen fan publication, Thunder Road, and longtime contributor to the current one, Backstreets—for this curated retrospective, interspersed with still images that give historical background to each video and film of Bruce’s best performances from throughout his long and storied career!