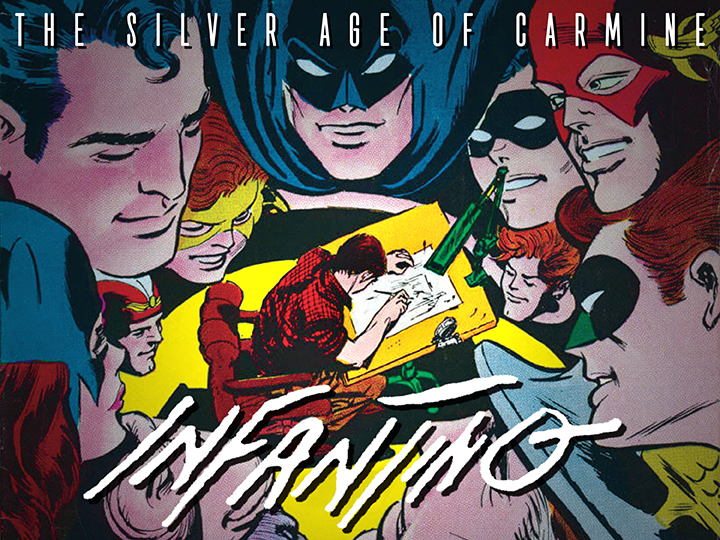 If DC Comics was the Cadillac of comic book publishers at the dawn of The Silver Age of Comics (1956-70), then artist Carmine Infantino was their man at the wheel: his slick, streamlined style was the sine qua non of The Silver Age!

Though he had drawn for many comic book publishers since he was a teenager in the 1940s—The Golden Age of Comics—Infantino’s style fully matured at DC Comics by the late-’50s, and made him their premiere artist, earning the title with his absolutely modern delineation of the first true Silver Age superhero, super-speedster The Flash in 1956.

His two-dimensional depictions of speed and motion—among many graphic innovations Infantino developed during his eleven-year run on the strip—remain benchmarks in the comic book medium.

With his more down-to-earth Batman, whom he redesigned for the 1960s (clearing the runway for the runaway success of the ’66 television series), Infantino earned his place in the pantheon of definitive Batman artists.

So come join comic book art historian Arlen Schumer (author/designer, The Silver Age of Comic Book Art) as he presents an overview of Infantino’s illustrious Silver Age career, dynamically displaying his comic book panels, pages and covers so that you’ll feel like you’re seeing them for the first time!