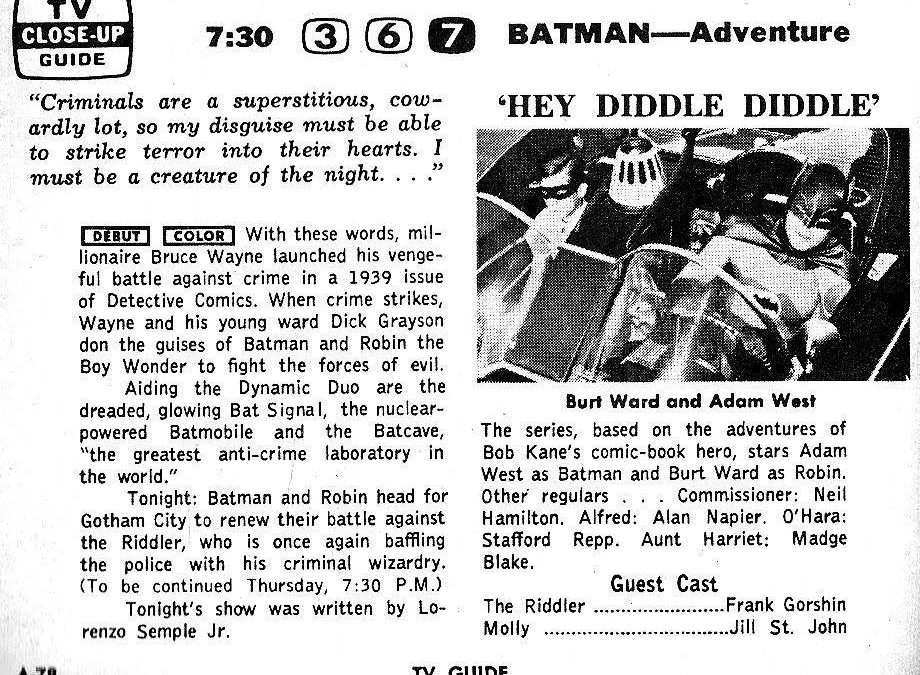 54 YEARS AGO LAST NIGHT, the Batman TV series made its debut, and the world–or at least, American Pop Culture–was never the same again! The “newness” of the Batman TV show’s camp, self-aware attitude, coming at the beginning of ’66, really kicked off the beginning of the “psychedelic” era in pop culture as much as the Beatles Rubber Soul did, released just a month before! Here’s my article on the comic book origins of the show: denofgeek.us/tv/batman/251897/the-real-comic-book-origins-of-the-batman-66-tv-series