Arlen Schumer, a member of The Society of Illustrators, produces comic book-styled illustration for advertising and editorial usage. His backgrounds in illustration, graphic design, art direction, copywriting, and storyboards & comps combined with expertise in and enthusiasm for the comic book medium and its rich history, produce imagery that stands out from the crowd of conventional illustration and photography. He creates custom-designed superheroes for companies and corporations, illustration for licensing, and custom superhero portraiture, in which he maintains both the photographic likeness and the comic book look, that he calls “Finding Your Inner Superhero”!

AMERICAN ILLUSTRATOR Profile: “Arlen Schumer: “Everything I needed to know I learned from comic books!” 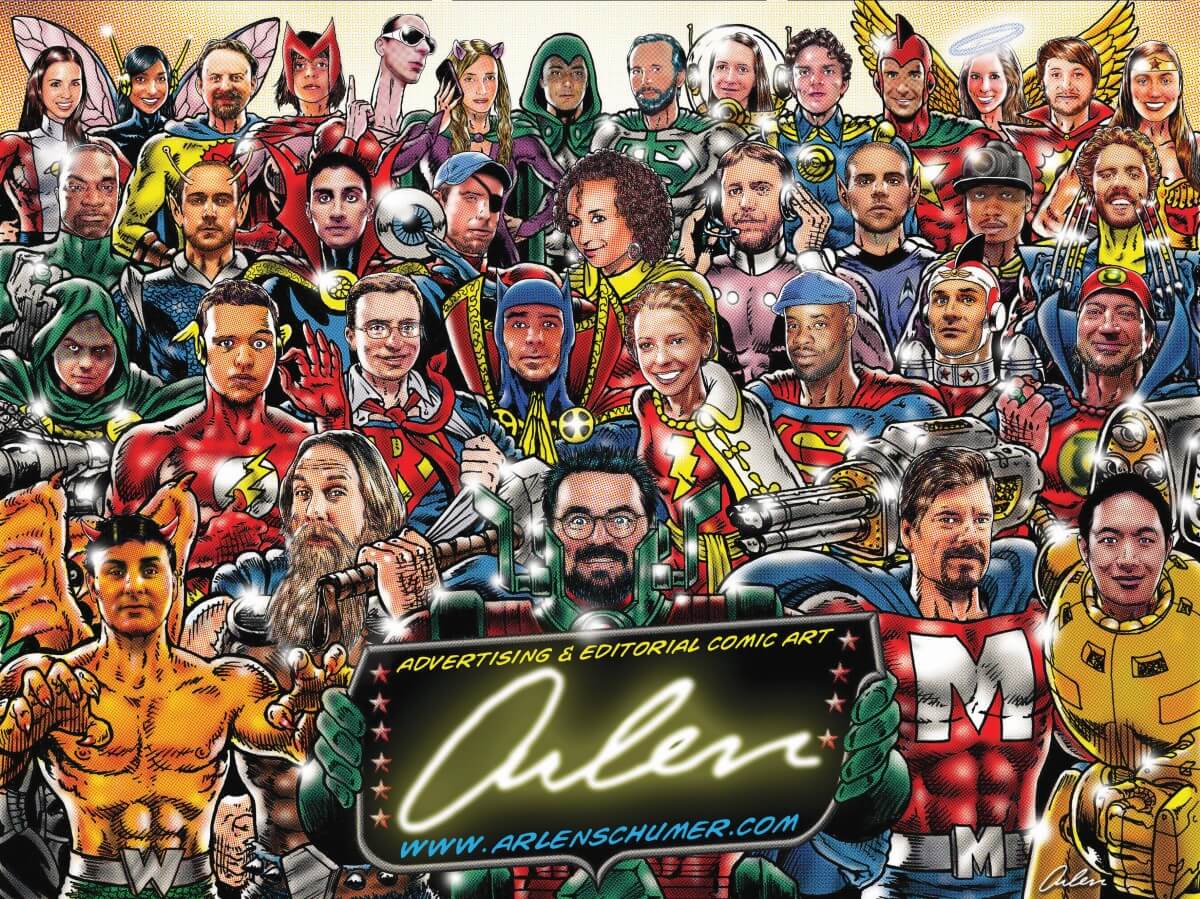 To buy posters of Arlen’s illustrations:

To buy t-shirts & other applications of Arlen’s illustrations: