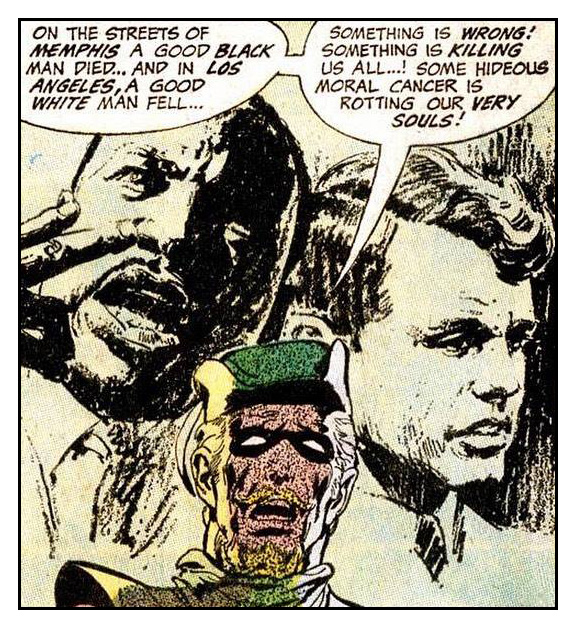 Still one of the GREATEST single comic book panels of all time (Green Lanter/Green Arrow #76, April ’70), illustrator Neal Adams bringing writer Dennis O’Neil’s dialogue to such photo-realistic life that it burned its way into your brain, ever to leave its imprint on a generation of comics readers, many of whom became creative professionals and created works that also changed the world. That is the greatest living testament to King (and Kennedy, his ’68 brother in death) that either of them could have ever dreamed of. Thank you to Neal, Denny, editor Julius Schwartz and everyone at DC Comics for making iit happen!