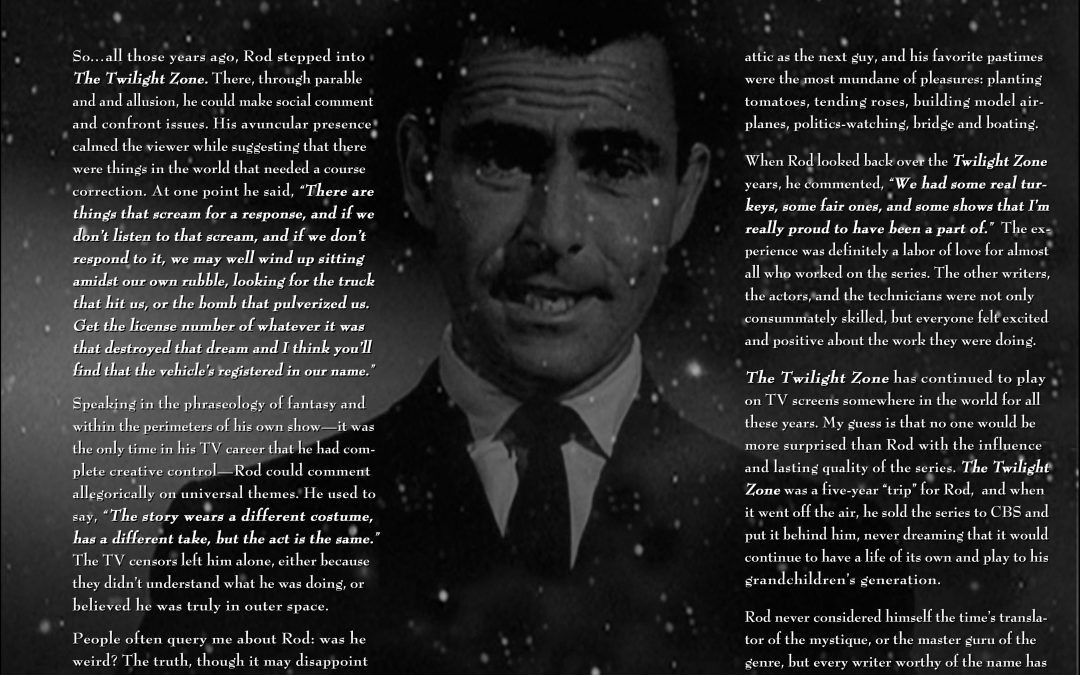 Rod’s widow, who lived half her life masterfully maintaining the memory and legacy of her storied husband, the creator of the greatest television series of all time, The Twilight Zone. I met her in the early 1980s, when I was starting out on my trek to get a coffee table art book based on the series published, and she was gracious enough to write an essay about Rod that I designed into the book (Visions from The Twilight Zone, Chronicle Books); an excerpt:

“Rod never considered himself the time’s translator of the mystique, or the master guru of the genre, but every writer worthy of the name has something to say, and for a time, this particular hemisphere was his…The Twilight Zone was a five-year ‘trip’ for him, and when it went off the air, he sold the series to CBS and put it behind him, never dreaming that it would continue to have a life of its own and play to his grandchildren’s generation.”