THE TWILIGHT ZONE in the Age of Corona WEBINAR 2/17 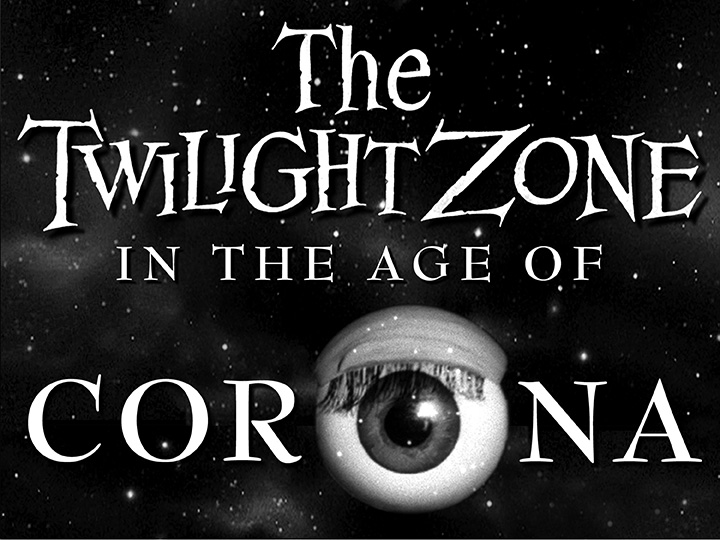 Wednesday, February 17 @ 6:00pm EST:
“THE TWILIGHT ZONE in the Age of Corona” webinar by Arlen Schumer via InstantSeats:
“We can feed the stomach with concentrates. We can supply microfilm for reading, recreation, even movies of a sort. We can pump oxygen in, and waste material out. But there’s one thing we can’t simulate, that’s a very basic need: man’s hunger for companionship. The barrier of loneliness. That’s one thing we haven’t licked yet.”
Those are the concluding words of Rod Serling (1924-75)—creator, head writer, narrator and host of the legendary television series The Twilight Zone (CBS, 1959-64)—at the end of its debut episode, “Where is Everybody?” about an astronaut-in-isolation-tank-training who hallucinates that he is totally alone in a deserted American town.
If those words sound uncomfortably close to the claustrophobic pandemic quarantining we are all experiencing during this Corona Virus crisis, it’s because Serling was a true visionary, a prescient prophet of the small screen, whose many Twilight Zone episodes dealt with the universal, timeless themes of isolation, loneliness, and solitude, which is why they are so timely for today’s existential epidemic of Covid-19.
These episodes will be discussed and analyzed by pop culture historian and Twilight Zone scholar Arlen Schumer (author/designer, Visions from The Twilight Zone). Filled with images and video clips from those episodes, interspersed with images from the broader popular culture, and accompanied by Schumer’s trenchant and witty commentary and insight, you’ll see how episodes from the greatest television series of the 20th Century shed prescient light on the greatest crisis of the 21st Century!
TIX: http://instantseats.com/events/arlen
• CAN’T MAKE IT LIVE? Buying a ticket allows you to access a recording of the webinar for up to 72 hours after!