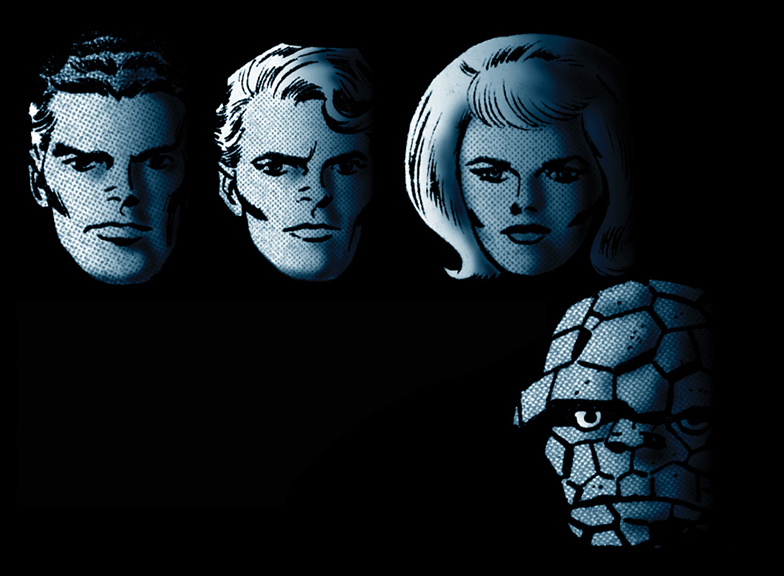 In preparation for my SILVER AGE WEBINAR via NY Adventure Club next Wednesday, April 1st @ 6pm EST!
#7 JACK KIRBY: Artist/storyteller Kirby and dialogue/caption writer Stan Lee’s Fantastic Four, the flagship title of Marvel Comics, had the same impact on superhero comics in the ’60s as the Beatles had on rock & roll (and would have been known as “The Fab Four” first, had Marvel publisher Martin Goodman not changed Lee’s original title for the group, the Fabulous Four, right before publication of the 1st issue in 1961). My Illustration based on art by Kirby, inked by Joe Sinnott, from Fantastic Four #44 (Nov. ’65), after the ’64 Meet the Beatles album cover photo by Robert Freeman.
TIX: nyadventureclub.com