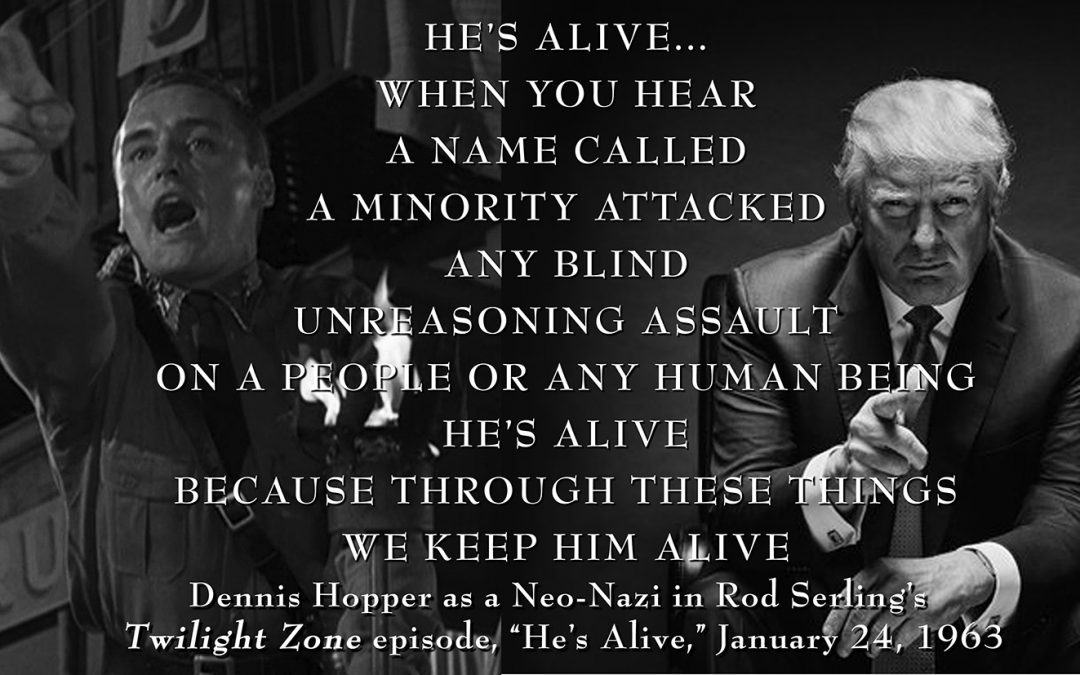 FIFTY-SEVEN YEARS AGO TODAY the one-hour Twilight Zone episode “He’s Alive” (written by series creator Rod Serling) premiered, starring Dennis Hopper as a neo-Nazi coached by the ghost of Hitler; I put this meme together in the summer of ’16. BOTH have come TRUE.